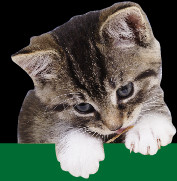 How to Find Us

How A Cats Behaviour Can Change With Age

As cats get older, not only does their appearance alter, but their behaviour can change as well. Here are some signs to look for as he ages.

Just like humans, cats change as they get older. That’s why it’s so important to really get to know your cat and look for changes in his personality and habits. In this way, you can alert your vet and have your cat examined promptly. It’s also a good idea to have your senior cat examined at least once a year to keep track of his health.

Below are a few of the ways that a cat’s behavior will change as he gets older. Just remember that not all cats will exhibit all of the following changes. Every cat is an individual and you and your vet know your cat best.

Changes in Vocalizations and Behavior

Feline cognitive dysfunction may cause your senior cat to become more vocal, meowing more throughout the day and/or night. He may also begin pacing a lot and may show signs of confusion or disorientation, so routine and schedules are the key to helping your cat feel comfortable.

More than normal meowing could also indicate that your cat is losing his hearing or that he’s in pain. If your cat has taken to meowing more than he used to, it’s a good idea to have him examined by a veterinarian in order to rule out medical conditions, anxiety, or other causes that can be controlled or resolved with the proper treatment.

While it’s common for cats to have nocturnal habits that can be somewhat annoying to their owners, if your cat has become more active than usual at night in his old age, it could be a sign of restlessness that results from geriatric anxiety. This anxiety can result from feeling separated from you while you sleep or from feeling frightened and concerned about making his way around the house in the dark.

Your cat may also be more active at night because he needs to go to the litter box more often, but the loss of his senses could make it harder for him to get to where he needs to go. Again, if your older cat is active at night, particularly if he meows a lot, this could be a sign of vision or hearing loss, which could also affect how deeply he’s able to sleep. After ruling out medical problems with your vet, it may be enough to simply leave some night lights on to ease his anxiety and help him find his way.

Not Using the Litter Box

A senior cat may end up eliminating outside of his litter box, but he’s not doing it to be disobedient, so don’t punish him. This behaviour could be the result of decreased mobility, feeling the urge to go to the bathroom more frequently, losing control over the bladder or bowels, a urinary tract infection, diabetes, or kidney disease, among other causes.

In the event that your cat starts going to the bathroom outside of his litter box, it’s time to bring him to the vet to determine what’s causing the behaviour and to get him the right treatment.

It’s also recommended that you switch litter boxes, if necessary, to ensure your cat can comfortably walk into and out of it. You may also want to add an extra litter box or two around the house so that your cat can go when he feels the need without having to walk very far.

A cat that typically craved attention when he was young may become more distant in his old age, or a cat that was aloof before may now be quite clingy. Other personality changes include irritability, crankiness, apathy, and aggression. Bear in mind that some of these changes could be caused by pain, soreness, weakness, or diminished senses.

Make sure to include your cat as much as possible by keeping him near the family. Have him sit next to you or on your lap while watching television, as an example. It’s also a good idea to approach your cat gently so you don’t startle him and cause him to lash out at you.

Again, to rest assured that these changes are nothing more than the result of aging, have your kitty examined by a vet to rule out medical problems.

Your senior cat may be a little different than he was when he was younger, but he still loves you unconditionally, so take care of him, make sure he’s seen by a veterinarian, and give him highly nutritious food to help keep his body as strong as possible.